Deep Sea Cosmonauts are a DJ/Producer (Steve) and a talented musician (Davos) who worked together on a previous project and are now concentrating on making some bespoke quality house/electronica/nu disco music together, for people with a discerning ear and feet that like to dance accordingly!

Brief Biog – Steve Harvey Started DJing in 1988 at the beginning of the Underground House Explosion in London playing at small clubs, warehouse parties etc. He began his own night called “No Fat Chicks” in 1990 at the famous Milk Bar in London and had Jay Kay perform his first ever PA as Jamiroquai for him there.

With promoter partner Bernie Schuman, Steve became one of the first promoters to put on massive House Parties with huge line-ups of top DJ’s when they launched their “Kinky Overdose” and “Que Pasa” nights at various venues. In 1994 Steve became resident DJ at Londons legendary “Club UK” which drew in crowds of up to 3,000 every week. Steve continued his residency there until its untimely demise 3 years later.

Throughout this period Steve continued his own “No Fat Chicks” nights as well as also holding down residencies at the “The Warehouse” & “Gism” and guest DJing all over the UK at pretty much all the major clubs.

Steve also ran a successful concept night called “Moonwalk” in London’s trendy Hoxton area of Shoreditch and was also resident at “Ultrasound” – one of the most popular funky house nights in the southeast region of London. He was also resident at a yearly Chill Out festival in Denmark called Stella Polaris which is a two day event held in Arhus and Copenhagen.

Steve also DJed together with Kate Lawler (winner of the 3rd Big Brother show) and together they toured the UK for hot new funky house label HOUSONIC (www.housonic.com).

Davos had his first piano lesson in 1980, his last in 1983, and has been self taught ever since. Now an accomplished producer, live keyboardist and remixer, Davos came to public attention late in 2012 when a video of his performance of a medley of early nineties house classics – drawn from his youth in Blackburn Warehouse parties and raves in the late 80s – hit youtube and went instantly viral, notching up over 120,000 hits in the first week and now over half a million on youtube alone (with an estimated 4 million or more views netwide). The viral catapulted Davos into the limelight and brought him to the attention of some of the biggest names in dance music as well as two generations of acid house ravers.

In the time since the viral Davos has been living the dream with a blistering career as a live performer playing an irresistible and ever-changing medley of rave piano classics and notching up five consecutive years at Glastonbury and countless gigs at festivals and iconic clubnights such as Streetrave Arches Glasgow, Garlands, Bowlers, Fantazia, Clockwork Orange, History of House, Retro, Kendal Calling, Festival Number 6, Beat-Herder, Masked Ball, Solfest, Reminisce and last year performing at Itaca, Es Paradis, Ocean Beach and Space Ibiza, all the while moonlighting as live keyboardist for chart-toppers and rave legends K-Klass, and more recently completing six months on tour with Peter Hook & The Light, followed by sessioning live keyboards for Cream Classical.

Also in high demand as a sessionist and producer, and referred to by Godfather-of-House Marshall Jefferson as ‘..the best keyboard player in England and one of the most talented men I have ever met’ Davos has had a hand in a number of collaborations and releases with Shapeshifters, Doorly, Klang Kuenstler, Marc Vedo, Kevin Saunderson (Inner City), Idris Elba, Baccacha, 2 Bad Mice, Mark XTC, Blandy, David Tupling, Ed Mahon and Andy Edit. Now a partner in the newly built Studio 3 Collective in Blackpool, which has itself made quite a name in the brief time since its doors opened, Davos is currently working on projects for Sonique, Joyce Sims, Alice Ella and collaborative projects Made on Earth and Collective Souls, with releases for all imminent. 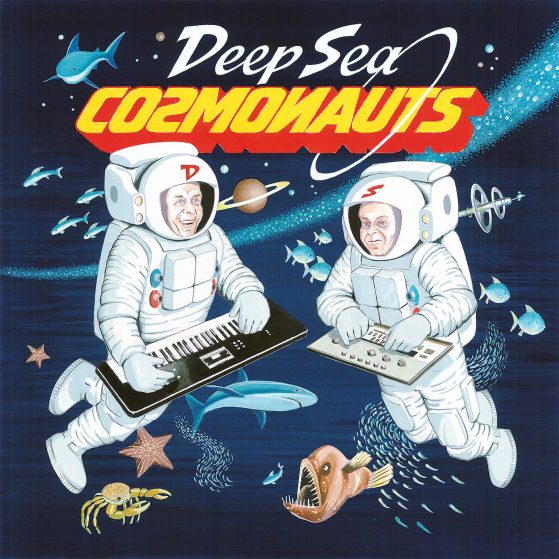